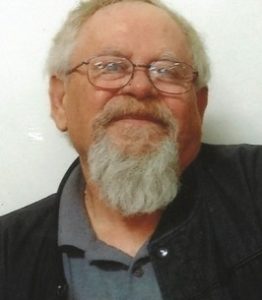 Dale Donald Fisher, was born on September 18, 1949 in Estherville, Iowa to Donald and Geraldine (Koenecke) Fisher. Dale passed away at his home on December 4, 2021 at the age of 72.

Dale graduated from Estherville High School in 1967. He was drafted into the United States Army in 1969 and served during the Vietnam War after which he was honorably discharged in 1971 with the rank of Sergeant. He then served in the Iowa National Guard from 1985-2009 during which time he was deployed to the Newport Chemical Depot from 2002- 2003 and also deployed to Kosovo from 2007-2008 before retiring in 2009 with the rank of Sergeant First Class.

On August 18, 1973 he was united in marriage to Cindy Johnsen in Ringsted, Iowa; the couple made their home in Estherville. Dale worked for John Morrell Packing Plant in Estherville for 17 years and then went to work at Stylecraft in Milford, from which he retired in 2009. Dale was currently working part time for Green Acres Homes in Estherville.

His hobbies included fishing, bowling, classic cars and Saturday morning breakfast with the guys. Dale enjoyed watching westerns on TV and when time allowed, being Cindy’s handyman. Dale was especially proud of his two boys and loved playing with his grandchildren and spending time with family. Dale was a lifetime member of the VFW and very proud of his military service.

Dale is proceeded in death by his parents, sisters Lorraine Sidles and Gloria Clabaugh.