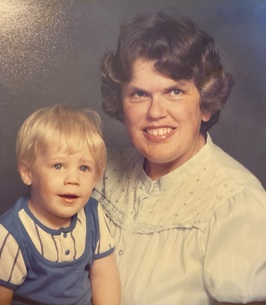 Mary Elizabeth Began, the daughter of Edward and Cecelia (Poehling) Began, was born on August 6, 1949 in St. Louis, Missouri. She died on Friday, November 26, 2021 at Avera Holy Family Hospital in Estherville, Iowa at the age of 72 years.

She was baptized at St. Ferdinand Catholic Church in St. Louis.

Mary graduated from Hazelwood High School in 1967 before going to school to obtain her RN. She then enlisted in the United States Navy. She was stationed in Taipei, Taiwan where she became an officer in 1970 and was honorably discharged from Long Beach, CA as a Lieutenant in 1976. In 1986 she got her Masters degree and in 1996 she became a Nurse Practitioner and began working at the St. Louis Children’s Hospital in Same Day Surgery.

Mary was very compassionate, caring and giving. She also fostered many children throughout her life. She loved going to the casino, cheering for the St. Louis Cardinals and had a passion for animals.

Her son was her absolute pride and joy.

Mary is preceded in death by her parents and her brother, Edward Began.

In lieu of flowers, Mary’s family requests memorials be sent to the St. Louis Children’s Hospital.