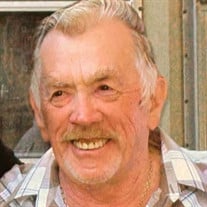 Patrick R. McChesney was born March 22, 1934 in Wapello County, Iowa, son of Rex and Corinne (Stapleton) McChesney. He graduated from the Mason City High School. After high school, he joined the United States Army, where he was stationed in Germany with the 899 Tank Battalion. Once Patrick was honorably discharged from the Army, he moved back home and started working for the Iron Workers Local 67. Patrick was united in marriage to Joann (Klein), with whom he raised three children.

Patrick was a member of St. Patricks’ Catholic Church in Clear Lake.

One of Patricks’ greatest joys in life was taking rides and showing his family where he had done work throughout the area. Patrick enjoyed going to his grandchildren’s sporting events, hunting and fishing. He looked forward to the Canada fishing trips that he took with his family every year.