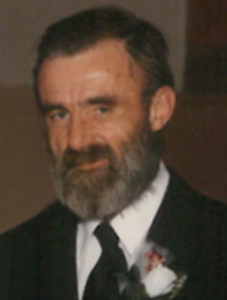 A funeral service will be held at 2:00 p.m. on Monday, November 15, 2021 at Hauser Weishaar Funeral Home. Burial will be held at a later date at Sunnyside Memory Gardens in rural Charles City.

A visitation will be held from 5:00 to 7:00 p.m. on Sunday, November 14, 2021 at Hauser Weishaar Funeral Home and continue one hour prior to the service on Monday.

Steven Franklin Holder, the son of Lyman and Gertrude (Green) Holder, was born on September 29, 1942 in New York. He served in the United States Navy after graduating from high school until 1964. He then attended Iowa State University for a few years. On December 5, 1969 Steve was united in marriage to Janet Bunston at the Little Brown Church in Nashua.

Steve worked at Charles Rivers in Charles City and mowed lawns in the community. He loved to read, especially about history. He also spent many mornings at McDonalds at his coffee group. Steve will be remembered for his kind heart and willingness to help others.

He was preceded in death by his parents; brothers-in-law, Kermit Martin and Dick Kime; and sister-in-law, Mildred Perry.