CEDAR RAPIDS – An Iowa woman who sold heroin laced with fentanyl faces up to 20 years in prison.

Ladonna Cynthia Givens, age 32, from Cedar Rapids, Iowa, was convicted of one count of conspiracy to distribute a controlled substance.

Sentencing before United States District Court Judge C.J. Williams will be set after a presentence report is prepared.  Givens was taken into custody by the United States Marshal after the guilty plea and will remain in custody pending sentencing.  Givens faces a possible maximum sentence of 20 years’ imprisonment, a $1,000,000 fine, and a lifetime of supervised release following any imprisonment.

The case was investigated by the Drug Enforcement Administration (DEA) Task Force consisting of the DEA; the Linn County Sheriff’s Office; the Cedar Rapids Police Department; the Marion Police Department; and the Iowa Division of Narcotics Enforcement and is being prosecuted by Assistant United States Attorney Dan Chatham. 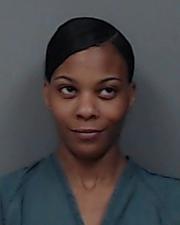