This news story was published on October 8, 2021.
Advertise on NIT • Subscribe to NIT

GRUNDY COUNTY, IOWA – A Waterloo man has been arrested for vandalizing a cemetery, police say.

On Monday, July 5, 2021 the Grundy County Sheriff Office was call to the Fredsville Evangelical Lutheran Church in Northeast Grundy County for a report of criminal mischief. An estimated $73,000 damage was done to the cemetery. As a result of a lengthy investigation which involved several search warrants being served, the sheriff’s office arrested the following:

1. Coletin James Stevenson, 18, of Waterloo, Iowa. Stevenson was charged with 1, count of Criminal Mischief in the 1st Degree, a class C Felony. Stevenson remains in the Grundy County jail on a 15,000-dollar bond.

This incident remains under investigation and anyone with information should contact the Grundy County Sheriff’s Office at (319) 824-6933. 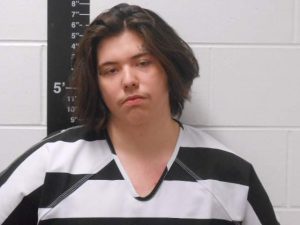 11 Responses to Waterloo man arrested for vandalizing a cemetery, costing tens-of-thousands of dollars