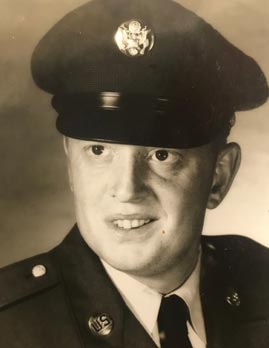 A Funeral Service will be held at 10:30 Wednesday, July 14th at Our Saviors Lutheran Church in Osage with Rev. Cindy S. Krause officiating. Burial will be at the Osage Cemetery with Military Rites by American Legion Post 278. Visitation will be held at the Champion Funeral home on Tuesday, July 13th from 4-6. A luncheon will be served at the Our Saviors Fellowship Hall following the service.

Allan was born January 7, 1940 in Osage to Eugene and Anita (Dettmann) Suchy. He attended Osage Schools graduating in 1958. He then attended Iowa State University and graduated with a degree in agriculture.

He then began farming with his father on the 3rd generation farm raising corn, beans and hogs. He also did custom work for many other farmers in the area. In later years he started trucking as a sideline which grew into the Suchy Trucking Corporation that is still active at the present time.

Al was in the Army National Guard from 1963-1968. He was an Osage volunteer fireman from 1977-1988. He has been a lifelong member of Our Saviors Lutheran Church and with the American Legion.

In 1973 he was awarded Outstanding Young Farmer in Mitchell Co. He has received awards on high yields from the ICIA for the years 1970-1975. An award was presented in 2008 honoring their Mound View Century Farm.

Al married Betty Schrage on February 14th, 1980. They enjoyed many years working together on the farm with the help of Rickey Flugge. Besides his love for farming and visiting with friends and family, he followed Iowa State football and the Minnesota Vikings.

Al is survived by his wife Betty and step-daughters Jackie Porter and Jean Canny of Osage, along with his sister Ann Gerriets and nephew Mike Gerriets of Waubay, SD. He is also survived by 3 grandsons, 3 great-grandsons and 1 great-great granddaughter.

He was preceded in death by his mother and father and nephew Robert Gerriets.

Al had many, many friends and will be dearly missed by all.