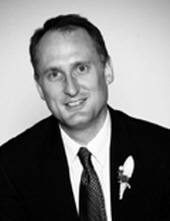 A private family memorial service will be held at Hauser Weishaar Funeral Home.

Christopher Michael Reams, the son of Robert and Diane (Woodworth) Reams, was born on March 2, 1972 in Floyd County, Iowa. He graduated from Charles City High School in 1990. He then continued his education at Luther College in Decorah then went on to study law at Drake University in Des Moines and finally received his Computer Science degree from the University of Minnesota. Christopher was united in marriage to Colleen McLaughlin on June 4, 2011 in Stillwater, Minnesota.

He was preceded in death by his wife, Colleen and father-in-law, Bob McLaughlin.