Police in Ames seek man who allegedly murdered a woman

AMES – Police in Ames are seeking a man who allegedly murdered a woman.

On February 20, 2021, at 7:02 PM, the Ames Police Department conducted a welfare check at an apartment at 407 South 5th Street. Officers entered the apartment and found a deceased female inside. After processing the apartment, investigators believe the deceased died as a result of homicide. The victim has been identified as Ranea K. Bell, age 37, of Ames.

Follow-up investigation by Ames Police and the Iowa Division of Criminal Investigation has identified the suspect in the case as Richard G. Fleck (AKA- Rashaud Sims), age 33. Fleck is approximately 5’08” tall and weighs 165 pounds. He is a black male with brown eyes and black hair. Fleck has tattoos on his hands and on his neck. He was believed to be in the Kansas City, Missouri area but he also has ties to communities in Texas and Mississippi. If you see Fleck, contact local law enforcement, or call 911.

An arrest warrant has been issued for Fleck for Murder in the 1st Degree, a class “A” felony. 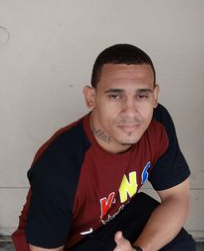