WAVERLY, IOWA – An Iowa man has been arrested in Waverly after exposing himself to an 11-year-old girl.

On October 25, 2020 at approximately 3:56 PM, the Waverly Police Department responded to the Waverly Walmart in reference to a disturbance call. Upon arrival, it was determined that a male subject exposed his genitals to an 11-year-old female. The male subject attempted to leave the store and was detained by bystanders until law enforcement arrived. The male subject was identified as 37-year-old Anthony Knudsen of Cedar Falls.

Knudsen was booked and released to the Bremer County Jail where he is waiting to appear before the duty magistrate. 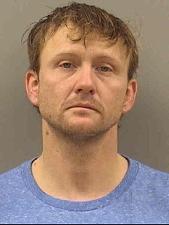