CHARLES CITY – A report of a large fight in Charles City yielded the arrest of a wanted man.

Just after midnight on June 27, 2020, Charles City police were sent to the 900 block of Hulin Street on a report of a large fight in the area. After an investigation, officers arrested 27-year-old Lavalle Lane of Charles City for public intoxication and on a warrant out of Cerro Gordo county. Lane was accused by Mason City police of criminal mischief back in May.

Lane was jailed in Floyd county then sent to Cerro Gordo county, where he pled guilt to fifth-degree criminal mischief. He was ordered to pay $637.15 in fines and court fees. 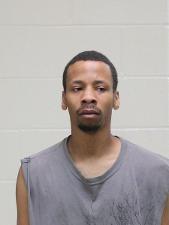