CEDAR RAPIDS – An Iowa man is in jail today after police say he tried to murder a woman Monday in Cedar Rapids.

First responders provided emergency medical care to the victim, who was subsequently transported to a local hospital by Area Ambulance Service. The victim sustained life-threatening injuries.

Police say the incident appears to be a domestic disturbance that resulted in serious injury. There is still an active, ongoing investigation. 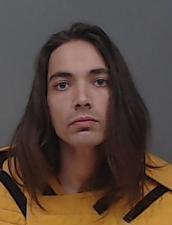