Iowa concludes its five-game homestand on Sunday when it welcomes Cal Poly to Iowa City, Tipoff is set for 4:07 p.m. (CT) on Mediacom Court at Carver-Hawkeye Arena. 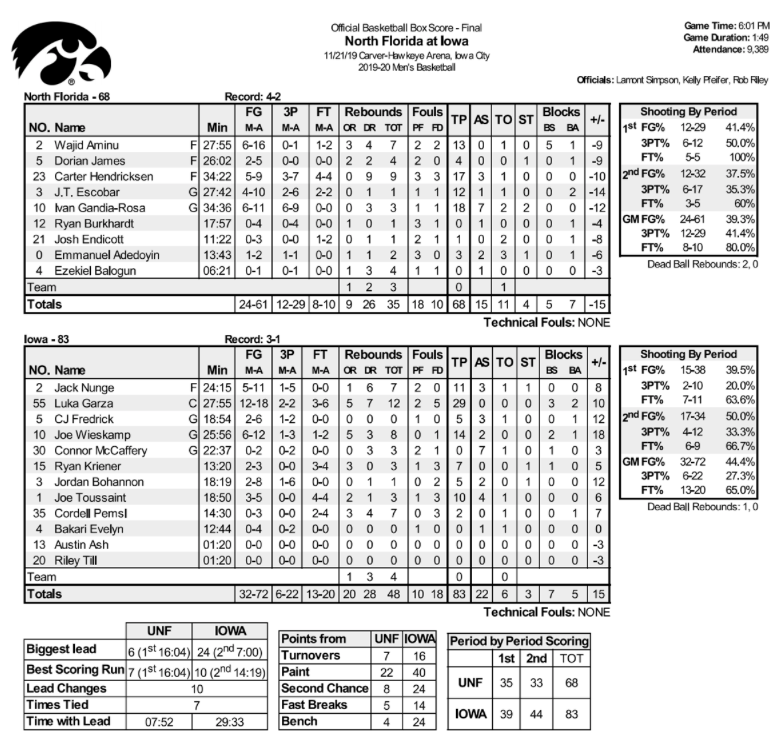