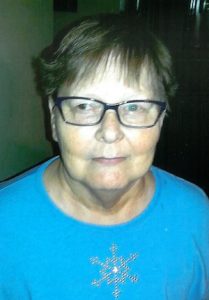 A funeral service for Judith Billington will be held at 1:30 p.m. Thursday, October 3, 2019 at Hauser Weishaar Funeral Home with Pastor Daniel Larson from Cross Evangelical Lutheran Church officiating. Burial will be at Calvary Cemetery in Charles City.

Visitation will be one hour before the service at the funeral home on Thursday.

Judith was united in marriage to Cecil Caruth on December 14, 1964. The couple was blessed with three children: Richard, Dixie and Sharon and the family made their home in the Osage area. Judith stayed at home to raise her family and then pursued a 25 year career as a Certified Nurse’s Aide. She also worked as a cook in several area restaurants. Cecil passed away in 1985.

In 1992, Judith married Albert Billington and they lived in New Hampton. She and Albert had seven wonderful years together until his passing in 1999.

Judith volunteered time with the ASPCA animal shelter and was a member of the Friendship Club in Iowa Falls. She enjoyed driving stock cars, collecting model horses, coins and Beany Babies. She owned several Arabian Stallions in her lifetime with Rusty being her baby.

Hauser Weishaar Funeral Home, (641) 228-2323, in Charles City, is in charge of local arrangements. Online condolences may be left for the family at www.hauserfh.com.