This news story was published on August 6, 2019.
Advertise on NIT • Subscribe to NIT

ESTHERVILLE – Police in Estherville raided a residence there and discovered a possible meth-dealing operation, resulting in the arrest of one man who quickly got out of jail.

On Friday August 2, 2019 as a result of an ongoing investigation, Estherville Police obtained and executed a search warrant at 427 North 18th Street. During the search, Estherville Police deployed K-9 Max. As a result, Police located approximately 2 ½ ounces of Methamphetamine as well as a scale and other items of drug paraphernalia.

West was transported to the Emmet County Jail where he appeared in front of a Magistrate. West was released on a $25,000 cash or surety bond the following day. The investigation is ongoing and additional arrests are expected. 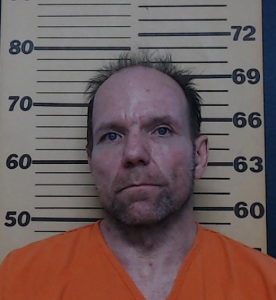