CHICAGO — A Chicago-area musician was sentenced Friday to 10 years in federal prison for enticing several underage girls, some as young as 14 years old, to produce sexually explicit videos of themselves.

“This federal prison sentence represents a major step towards justice for the young victims whom he manipulated and exploited,” said Gibbons. “HSI is committed to protecting the most vulnerable members of our society, our children, from predators who abuse their trust.”
Austin Jones, 26, of Bloomingdale, Illinois, pleaded guilty earlier this year to one count of receiving child pornography.

“Production and receipt of child pornography are extraordinarily serious offenses that threaten the safety of our children and communities,” Assistant U.S. Attorney Katherine Neff Welsh argued in the government’s sentencing memorandum. “Jones’s actions took something from his victims and their families that they will never be able to get back.”

Jones is a musician with a significant following on social media, including Facebook and YouTube. His online music videos have been viewed millions of times.

Jones admitted in a plea agreement that in 2016 and 2017 he chatted with six underage girls on Facebook and enticed them to produce pornographic videos of themselves and send them to him.

In addition to the six victims who sent videos, Jones further admitted in the plea agreement that he used Facebook on about 30 other occasions to attempt to persuade minor girls to send him sexually explicit videos and photographs.

This investigation was conducted under HSI’s Operation Predator, an international initiative to protect children from sexual predators. Since the launch of Operation Predator in 2003, HSI has arrested more than 19,000 individuals for crimes against children, including the production and distribution of online child exploitation material, traveling overseas for sex with minors, and sex trafficking of children. In fiscal year 2018, more than 3,000 (3,191) child predators were arrested by HSI special agents under this initiative and more than 850 (859) victims identified or rescued. 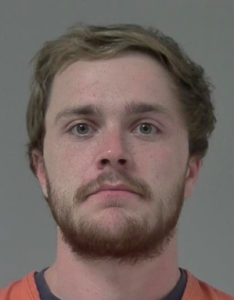