Officers with the Charles City police department went to the 100 block of 9th Avenue on April 23 at about 6:37 PM after a report of a suspicious person. Officers located a car with the suspect inside in the 100 block of 7th Avenue. As a result of the investigation, officers arrested 44-year-old Victoria Lantz of Charles City on a warrant connected to a charge of felony first-degree burglary. Lantz had been charged with Charles City police after an alleged crime that took place on April 19.

Lantz was taken to jail and she soon posted bond and was released. She is scheduled for a hearing on May 3. 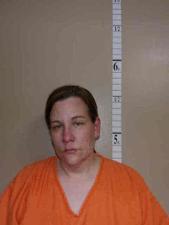