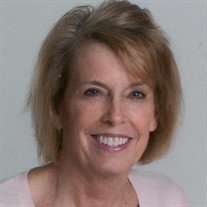 In lieu of flowers, memorial contributions may be made to the North Iowa Humane Society, the Clear Lake Arts Center, or the youth program at Rhythm Church.

Marsha was born on April 24, 1954 in Boone, Iowa. She graduated from Boone High School in 1972 and then attended Drake University from 1972-1973. She transferred to Iowa State and graduated in 1976 with a B.S. in Industrial Administration.

She married Barry Cory in 1976 and they lived in Forest City and Mason City before moving to Clear Lake in 1982. They had 42 wonderful years of marriage together and Marsha always felt lucky to have such a patient and understanding husband.

Marsha and her business partner, Tom Simmering, started the municipal consulting firm of Simmering-Cory in 1985. They also began an ordinance codification company, Iowa Codification, in 1986. She spent 31 fun years working with many municipal clients around the State of Iowa on a variety of infrastructure, urban renewal, and city code projects. She very much enjoyed her work as a city planner and the interesting people she met during her associations with the various cities that she worked for.

Marsha and Barry raised one daughter, Rebecca, who was the light of Marsha’s life. During her 36 years in Clear Lake, Marsha served on the boards of numerous community organizations and was involved in many local clubs.