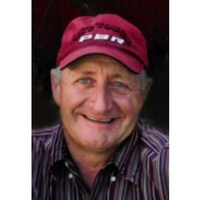 Funeral services will be held at 11:00 a.m. Saturday, December 1, 2018, at Our Savior’s Lutheran Church in Osage with Rev. Cindy S. Krause and Pastor Bryan Odeen officiating. Burial will be in Liberty Cemetery at Little Cedar, Iowa. Visitation will be from 4:00 to 6:30 p.m. Friday at the Champion-Bucheit Funeral Home in Osage.

Jack was born August 18, 1953, in Osage, Iowa, the son of Vernon and Marlene (Emerson) Goodale. He graduated from Riceville High School in 1971. On May 13, 1978, Jack married Darla Walling at Trinity Lutheran Church in Osage. They farmed on the family farm near Little Cedar, and Jack was also employed by the Iowa DOT, retiring in 2014. He was a member of Our Savior’s Lutheran Church. Jack loved spending time with his children and granddaughters. He was very fond of animals, and enjoyed going to cow sales, caring for his cowherd, watching beef judging at the Iowa State Fair, attending horse races and bull riding events. He also enjoyed hunting and fishing. Jack was a huge sports fan and rooted for Iowa, Iowa State, UNI, the Vikings, the Seahawks, and the Twins.