Couple busted with large amount of meth and burglar’s tools; suspected of breaking into pop machines in Northwood

This news story was published on October 29, 2018.
Advertise on NIT • Subscribe to NIT

NORTHWOOD – An observant Worth county deputy snared an erratic, intoxicated driver and her passenger and discovered a large amount of meth, burglar’s tools and coin machines.

On October 26, 2018 at approximately 3:54 AM, a Deputy with the Worth County Sheriff’s Office conducted a traffic stop on a 2018 Silver Toyota Corolla at the intersection of Highway 105 and Mallard Ave for erratic driving. The deputy suspected the driver, 28-year-old Samantha Linaman of Kenyon, Minnesota, was under the influence of a narcotic as well as the passenger, 41-year-old Benjamin Blaschka of New Braunfels, Guadalupe, Texas.

As a result of the investigation, a search of the vehicle was conducted. As a result of the search, deputies recovered numerous items of drug paraphernalia, plastic baggies, scales, cellphones, a schedule II narcotic prescription pill unaccompanied by a valid prescription, a small amount of marijuana and a large amount of methamphetamine. While conducting the search, deputies observed several burglars tools within the passenger area of the vehicle. Deputies also located 3 coin machines from pop machines at a local Northwood business and it was determined the suspects had just committed the theft. 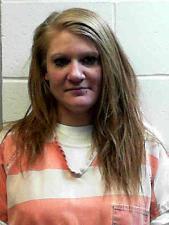 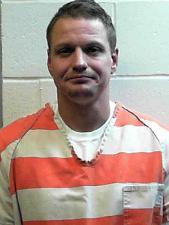 7 Responses to Couple busted with large amount of meth and burglar’s tools; suspected of breaking into pop machines in Northwood