NORTHWOOD – A Mason City woman was arrested for domestic abuse and interference with police in Worth county and was later ordered to pay a fine after a guilty plea.

Sarah Michelle Elwood, age 37 of Mason City, was arrested on March 17, 2018 in Worth county. According to Worth County Sheriff Dan Fank, the incident occurred “around 8:15 pm in rural Manly … charged with simple Domestic abuse and simple interference with official acts.”  The arrest took place after an altercation at a male’s residence.

Elwood was “in jail on March 22nd for a Worth County warrant of Domestic Abuse Assault 1st Offense and Interference with Official Acts,” a jailer told NIT, after a warrant was issued for her arrest.

In a plea deal, the domestic abuse charge was dismissed. However, Elwood could not escape the interference charge and pleaded guilty. She was ordered to pay $523.00 in fines and court costs.

Elwood was represented by Attorney Richard Tompkins, who has practiced in Mason City for decades. 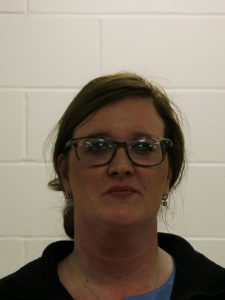