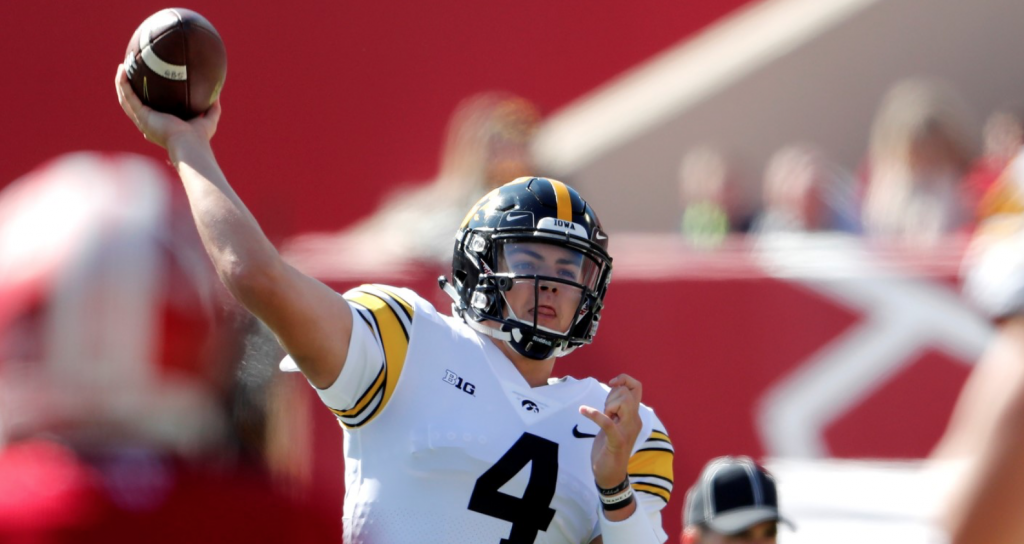 IOWA CITY – University of Iowa junior quarterback Nate Stanley was named the Davey O’Brien National Quarterback of the Week following his six-touchdown performance in Iowa’s 42-16 win at Indiana on Saturday.

The six touchdowns tie Chuck Long for the second most in single-game history at Iowa. Long twice threw six touchdowns in a game, while the school record is seven (Chuck Hartlieb versus Northwestern, 1987). Saturday marked Stanley’s 11th career multi-touchdown game, and his fourth straight. He has 14 touchdowns over the last four games, which ties for the most ever over a four-game stretch in school history (Long, 1985).

Stanley has four career 300-yard games, including three in his last four outings. Stanley has 41 career touchdown passes. He moved past Chuck Hartlieb (37) and C.J. Beathard (40) on Saturday to tie for No. 5 on Iowa’s all-time list with Matt Rodgers (41). Stanley has 3,972 career passing yards, 11th all-time. For the season he has completed 108-174 attempts for 1,473 yards and 15 touchdowns, with five interceptions.