DES MOINES – The Iowa Attorney General’s office worked with federal and Des Moines County prosecutors and law enforcement to secure the second murder conviction in the slaying of a Burlington teenager.

Jaron N. Purham was convicted yesterday of first-degree murder for his role in the kidnapping, torture, and execution of gender-fluid high school student Kedarie Johnson, announced Acting Assistant Attorney General John Gore of the Justice Department’s Civil Rights Division and Des Moines County Attorney Amy K. Beavers. Purham’s co-defendant, Jorge Sanders-Galvez, was previously convicted of first-degree murder last year for his role in the killing, and his been sentenced to life imprisonment without the possibility of parole. The killing rocked the small town of Burlington, Iowa, where Kedarie was a popular and well-loved member of the community.

Last year, Attorney General Jeff Sessions and Acting Assistant Attorney General John Gore authorized a federal hate-crimes prosecutor from the Civil Rights Division, Christopher J. Perras, to be cross-designated as a Special Assistant County Attorney to assist with the prosecutions of both defendants in this case. Prosecuting hate crimes and bringing perpetrators of these egregious crimes to justice is a top priority for this Justice Department.

“I am proud of the collaboration and hard work conducted in this case to bring two men to justice for their abhorrent actions,” said Acting Assistant Attorney General John Gore. “The Justice Department will continue to work diligently to ensure that individuals are able to live free from acts of violence, no matter their gender identity, what they believe, or how they worship.”

“I am privileged to have fought for justice for Kedarie and those with alternate lifestyles,” said Des Moines County Attorney Amy K. Beavers. “Alongside my partners in the Iowa Attorney Generals Office Laura Roan and the U.S. Department of Justice Chris Perras with Sgt. Short and DCI Agent Matt George I am grateful that justice was served.”

The evidence at trial established that on the night of the murder, the defendants were pulling out of a grocery store parking lot when they noticed Kedarie Johnson walking down the street all by himself. Kedarie (who used male pronouns to refer to himself) sometimes dressed as a boy and went by his given name, and sometimes dressed as a girl and went by the name Kandiece. On the night of the murder, he was dressed in women’s clothing and presenting as female, and the defendants began to follow slowly behind him. Eventually, the defendants pulled up alongside Kedarie and flirted with him. They convinced Kedarie to get inside, and they drove him to a location where they often took young women to have sex with them. The physical evidence showed that, at the house, the defendants knocked Kedarie unconscious, stuffed a plastic bag down his throat, wrapped a makeshift gag around his mouth, and wrapped another plastic bag around his head. They then drove Kedarie to an alleyway. Forensic evidence established that at some point, Kedarie regained consciousness and began struggling violently to breathe. The defendants got out in the alleyway, threw Kedarie onto the ground, and shot him twice in the chest, one bullet embedding in his spine and the other piercing his heart. The defendants then doused Kedarie’s body in bleach to destroy any DNA evidence.

There were no eyewitnesses to the kidnapping or the murder, so Purham and Sanders-Galvez were convicted largely on the physical, electronic, and forensic evidence they left behind. Police found Kedarie’s backpack and sneakers at the defendants’ place, as well as a ripped bedsheet that matched fibers found on Kedarie’s body. When police located Purham, he was driving the car that had been seen on surveillance video following Kedarie shortly before his abduction and murder. When police searched the car, they found a .357 revolver, which a ballistics expert determined to be the murder weapon. Records from the Defendants’ cellphone and social media accounts established that Sanders-Galvez had purchased the murder weapon over Facebook a few months before the murder. Records also showed that the Defendants’ phones both went dead during the two-hour period in which they committed the crime; that the Defendants posted on Facebook, approximately one hour after the murder, that they were skipping town; and that the Defendants both searched the internet in the days following the murder for updates on the status of the homicide investigation.

The investigation was conducted by law enforcement officers from the Burlington (Iowa) Police Department and the Iowa Department of Criminal Investigation, with assistance from the FBI. Des Moines County Attorney Amy K. Beavers invited Iowa Assistant Attorney General Laura M. Roan, an experienced state murder prosecutor, and Trial Attorney Christopher J. Perras, a federal hate-crimes prosecutor from the Civil Rights Division of the Department of Justice, to assist with the prosecution. 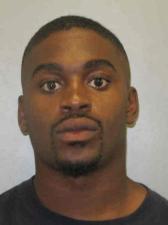