FORT DODGE – Police in Fort Dodge nabbed 4 persons after a house was shot up, leading to two Illinois males landing behind bars.

On Friday, March 2, 2018, shortly after 6:00 PM, the Webster County Communications Center received a call from a female stating that a male, and possibly others, had just shot at her residence in the 200 block of K Street. The caller was able to give a description of the individuals involved, as well as a description of the vehicle in which they left the scene. No one was struck by the gunfire.

Officers with the Fort Dodge Police Department responded to the scene and
located evidence that shots had been fired, to include a residence being struck.

At that same time, other officers began looking for the suspect vehicle. This vehicle was located at the Kwik Trip Tobacco Outlet Plus, 201 N 15th St. and four males were detained.

During the investigation, it was discovered that at least one male gained entry into the victim’s residence. After gaining entry, the suspect was forced out of the residence by its occupants and retreated, at which point another male fired shots into the residence.

There were no injuries reported as a result of these “reckless actions” police say.

As a result of the investigation at this time, Anthony Cotner, Jr., age 19 of Arlington Heights, Illinois has been arrested and charged with second-degree burglary (C Felony) and simple assault (Simple Misdemeanor).

A fifteen-year-old juvenile male, also of Illinois, was also taken into custody and charged with the Intimidation With A Dangerous Weapon (D Felony).

Cotner was booked into the Webster County Jail while the juvenile was transported to the Central Iowa Juvenile Detention Center in Eldora. 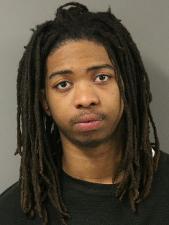