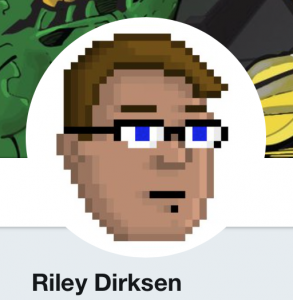 MASON CITY – A liberal Mason City man who delightfully endorses a game he coded called “Graveball” will likely be the next Cerro Gordo County Auditor.

Former Cerro Gordo County Auditor Ken Kline was hired in January to serve as Iowa’s Deputy Commissioner of Elections.  To fill the vacancy, a Special County Election will be held April 10, 2018.  Friday, March 16 at 5:00 PM is the deadline for candidates to file nomination papers to enter the election.

Riley Dirksen, age 34 of Mason City, has already been chosen as the Democratic nominee in this election. Dirksen is a former employee of the county as a software developer. Dirksen appears to be an avid “gamer” who spends much of his time playing a video game he coded called “Graveball” at his “Goin’ Yumbo Games” development studio. Recently, Dirksen gleefully tweeted as he feverishly played his video game, “Hitting a dead goblin’s body provides no in-game benefit but IS very disrespectful so it should always be attempted.” 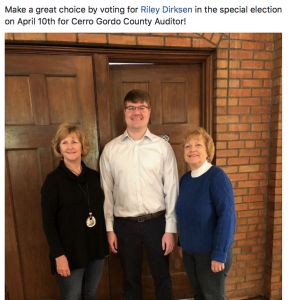 He has been looking for help testing his game, saying recently, “Could really use some more Graveball testers for tonight! Anyone that joins the Discord gets a free Steam key for the alpha!”  He also enjoys having “Fun with post-goal ragdolls”.

Local Democrats are lining up behind Dirksen.

Acting Chairwoman for the Cerro Gordo County Democratic Party JoAnne Hardy said, “He will continue the Ken Kline tradition of secure and honest elections that the residents of Cerro Gordo county can trust.”  He has received the enthusiastic endorsement of liberal North Iowa lawmakers Amanda Ragan and Sharon Steckman.”

“I can’t think of anyone more qualified to follow in the great tradition of clean elections that Ken Klein (sic) began,” Steckman said.

NIT contacted Todd Blodgett, the political guru who has advised more successful candidates of both parties in north Iowa than anyone else since the early 1990s.   Blodgett told NIT that he sees no Republican entering the race for county Auditor.  “It appears that Riley Dirksen will be elected without any opposition,” Mr. Blodgett said.