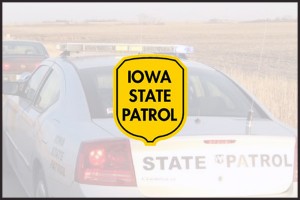 DES MOINES – The Iowa State Patrol responded to numerous crashes Saturday on the Interstates due to a quick moving snow system that caused roads to become snow covered and icy.

I-35 near the 100 mile marker southbound (Polk Co.) was closed for 2 hours for a 70 car pile-up. Approximately 11 people were transported to local hospitals for injuries.

I-80 near the 158 mile marker westbound (Jasper Co.) was temporarily closed for approximately 20 vehicles that had crashed.

I-80 eastbound at the 208 mile marker (Iowa Co.), up to 30 vehicles were involved with 3 minor injuries reported. Eastbound lanes were closed for less than an hour.

A majority of these crashes were caused by motorists travelling too fast for conditions and not allowing enough following distance.

All crashes remain under investigation.