MASON CITY – A woman driving with no headlights and a convicted felon inside her car produced a traffic stop and drug bust.

A Mason City police officer stopped a vehicle with no headlights on the evening of February 13, near 12th Street and North Federal Avenue. After an investigation, the driver, 31-year-old Rachel Lynn Barragan of Mason City was arrested for first-offense operating while under the influence. Further investigation led to the alleged discovery of illegal drugs and paraphernalia. This led to the arrest of Michael Randal Olson of Rockford for felony drug possession and possession of drug paraphernalia.

Both persons were arrested and taken to jail. Barragan was soon released; Olson remains jailed on $7500.00 bond awaiting a February 23 court date.

Olson is a convicted felon, after being pleading guilty to a class D felony negotiated plea in July of 2012 for possession of a controlled substance. Barragan was accused by the Iowa State Patrol of possession with intent to deliver marijuana back in 2009, but the charge was dismissed. 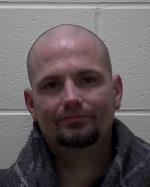 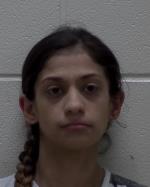