CLEAR LAKE – Clear Lake police are investigating an alleged secret camera installed in a school bathroom, and a Mason City man has been arrested.

Clear Lake police say that on Monday, February 12 at around 5:00 PM, 46-year-old David Bemis of Mason City was arrested on four counts of Invasion of Privacy.

Police say that while employed as a custodian with the Clear Lake Community School District, Bemis allegedly placed a video recording device in a staff bathroom at Clear Creek Elementary School, 901 South 14th Street. This occured in May of 2013. Bemis was transported to the Cerro Gordo County Jail.

In January 2018, the Clear Lake Community School District became aware of possible invasions of privacy that occurred in one of their schools. District officials contacted the Clear Lake Police Department to investigate. The report alleged that a school employee placed a small video recording device in a staff restroom. That person is no longer is employed with the school district.

Investigators were able to recover video evidence that showed brief footage of a staff restroom in one school. The footage was recorded over four years ago and showed only four school employees. Those employees have been contacted. There is no evidence of any student being recorded or involved.

The police department worked closely with the school, other law enforcement agencies, and the Cerro Gordo County Attorney’s Office.

At this time, police believe the recordings were an isolated incident and all involved parties have been identified. The case remains active and charges are pending. 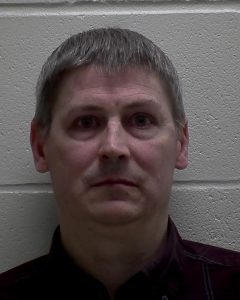