This news story was published on February 8, 2018.
Advertise on NIT • Subscribe to NIT

CHARLES CITY – A Charles City man is due in court after police were forced to deal with him on two separate occasions – the latest a violent episode in which a person was allegedly choked.

On February 2, 2018 at about 11:48 PM, officers with the Charles City police department were called to the 600 block of South Jackson street to respond to a disturbance. After an investigation, officers arrested 26-year-old Lathan Bonds of Charles City for domestic abuse assault impeding the normal breathing of another person. He was also charged with obstruction of emergency communications.

Bonds was jailed and soon released. He is due in court on this charges on February 16.

Bonds is also awaiting a jury trial after an incident back on October 27 in Charles City. At about 5:12 AM that day, police were called to the 800 block if 11th Street for a disturbance. Police say Bonds took “a swing at the nurse and threaten(ed) two police officers.” As a result of those alleged actions, Bonds was charged with disorderly conduct and interference with official acts. 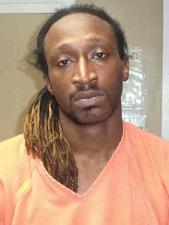