MASON CITY – A Mason City woman liven on the NIACC campus was caught stealing at Walmart this weekend.

Mason City police were dispatched to Walmart, 4151 4th Street SW, on the evening of Saturday, February 3, 2018. Officers arrived at 8:51 PM to investigate a shoplifting accusation against a young lady. After the investigation was complete, officers arrested 18-year-old Jamiah Alexia Cheyenne Harris of Mason City.

Harris was jailed and had to post bond on February 5 to be released from detention. She is due in court for a hearing on February 16. 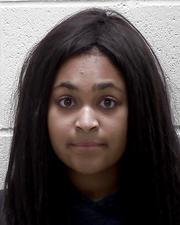