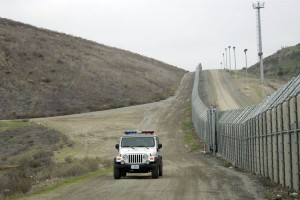 The indictment alleges that Maysonet-Galarza downloaded several videos depicting several female minors under 12 years of age, engaging in sexually explicit acts with adult males. Maysonet-Galarza is also charged with knowingly possessing more than 1,000 images and videos involving prepubescent minors engaging in similar sexually explicit conduct. The images and videos had been shipped or transported using a means or facility of interstate and foreign commerce and were produced using materials that had been mailed, shipped and transported in and affecting interstate and foreign commerce, including by computer.

The defendant also faces a forfeiture allegation that includes the forfeiture of all materials or property used, or intended to be used in the receipt, distribution, or possession of child pornography.

“This case demonstrates that there are serious consequences for advertising, receiving, possessing, and distributing illegal images of innocent children being sexually exploited and traumatized,” said Orlando Baez, acting special agent in charge of HSI San Juan. “Predators who victimize innocent children for selfish gratification must know that we will not rest until they are brought to justice. Words cannot describe the harm that these crimes inflict on children. Working with our state, local, and federal law enforcement partners, we will continue to investigate predators and ensure that they feel the full weight of the law.”

“The defendant’s conduct in this case is particularly troubling due to his role as a federal law enforcement officer,” said United States Attorney for the District of Puerto Rico, Rosa Emilia Rodríguez-Vélez. “Individuals who advertise, receive, possess, or distribute child pornography work hard to evade law enforcement and disguise what they are doing. For every tactic taken to evade law enforcement, we will adapt our strategies to find them and prosecute them to the fullest extent of the law.”

If found guilty, Maysonet-Galarza faces a sentence of 15 to 30 years in prison.