This news story was published on February 4, 2018.
Advertise on NIT • Subscribe to NIT 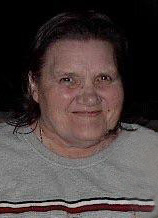 Emily L. Redmond, 79, of Charles City, passed away Saturday, February 3, 2018 at the Muse Norris Hospice Inpatient Unit in Mason City with her loving family at her side.

A funeral service for Emily Redmond will be held 10:30 a.m. Tuesday, February 6, 2018 at the Gospel Lighthouse Church in Floyd with Pastor Paul Phillips officiating. Burial will be at Evergreen Cemetery at 3:00 p.m. in Britt, Iowa.
Visitation will be at Hauser Funeral Home in Charles City from 5:00 to 7:00 p.m. Monday, February 5, 2018 and will continue one hour before the service at the church on Tuesday.

Emily Lucy (Smidt) Redmond, the daughter of Ole, Sr. and Evelyn (Charbonneaux) Smidt, was born July 9, 1938 near Garner, Iowa. She attended school in Britt, Iowa for a few years, but graduated from Garner High School. After graduation, Emily went on a blind date, got married and had her first child all within one year. She was united in marriage to Robert “Bob” Redmond and the couple was blessed with six children. They made their home throughout Iowa, settling in Charles City in 1974. The couple later divorced.

Emily worked as a babysitter in her early family life in her home. She watched her six children and five others which made a house full. In Charles City, she worked at Comprehensive Systems for almost 27 years with the clientele at first and later in housekeeping. One of Emily’s bucket list items was to go to Hawaii which she achieved and was able to experience a luau and riding in a submarine.
Emily loved flowers (especially purple and blue flowers and red roses), enjoyed bicycling and collecting teddy bears (including Boyds Bears and one Steiff Bear).

She baked all of her children birthday cakes as they grew up (using black licorice as her favorite decorating tool) and baked wedding cakes for everyone in the family. Emily’s greatest joy in life was spending time with her family and her two dogs, Cheyenne and Klank.

She was preceded in death by her parents.