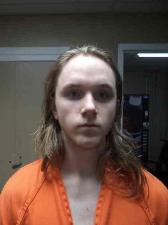 CHARLES CITY – An Iowa man is guilty of hurting an infant in Charles City and has been sentenced to 5 years in prison – but is a free man at this time.

Nathan Jacobson, age 19 of Boone, Iowa, was in Charles City in the October of 2016 caring for an infant just 2-months of age when the child suffered head injuries that authorities say were intentionally inflicted. As a result of the incident and an investigation, Jacobson was charged by Charles City police with felony C child endangerment causing serious injury for the alleged October 17 crime.

However, in a plea deal struck late last year, Jacobson pled guilty to felony D child endangerment causing bodily injury.  He was sentenced on January 8, 2018 to 5 years in prison and a suspended $750.00 fine.  Records show that Jacobson immediately filed an appeal in the case and posted an appeal bond.  He was set free from jail as he awaits the appeal process.