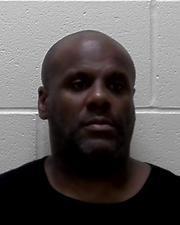 SIOUX CITY – A man who possessed with the intent to distribute methamphetamine was sentenced on November 28, 2017, to more than 14 years in federal prison.

Gary Darnell Black, 44, from Fort Dodge, Iowa, received the prison term after an August 8, 2017, guilty plea to one count of possessing with the intent to distribute methamphetamine.

In a plea agreement, defendant admitted that, during a traffic stop, he possessed approximately 64 grams of actual (pure) methamphetamine, 1.687 kilograms of marijuana, a digital scale, and drug paraphernalia.

At sentencing, the government presented evidence that Black had accumulated 48 criminal convictions since 1993. Evidence also showed that Black had been convicted and/or incarcerated in 23 of the past 24 years. His prior convictions included drug offenses, theft offenses, assaults, and interference with official acts, one of which resulted in an officer sustaining serious head and neck injuries.

Black was sentenced in Sioux City by United States District Court Judge Mark W. Bennett. Black was sentenced to 178 months’ imprisonment. A special assessment of $100 was imposed. He must also serve a 5-year term of supervised release after the prison term. There is no parole in the federal system.

Black is being held in the United States Marshal’s custody until he can be transported to a federal prison.

Black was also guilty and sentenced for theft and drug crimes in Mason City he committed back in March of this year.  He must pay $1,483.49 in court costs and fees and serve two 180 day jail sentences concurrently with his federal prison time.