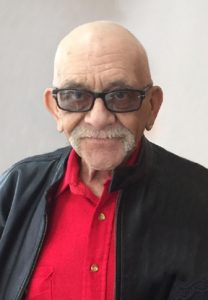 A celebration of life will be at 7:00 p.m. Thursday, November 30, 2017 at the VFW in Charles City. Inurnment will take place at Riverside Cemetery in Charles City at a later date.

Patrick Michael Steward, the son of Ray and Hildamae (Mitchner) Steward, was born August 14, 1947 in Auburn, Indiana. He attended Charles City High School and graduated in 1965. Patrick joined the Navy in 1966 as a Navy Corpsman assigned to the First Marine Division. He was medically discharged in 1967 and received two Purple Hearts. Patrick then went to Mercy School of Nursing in Des Moines and graduated in 1972. He worked as a nurse at Mercy Hospital in Des Moines, and two other hospitals in Pensacola, Florida and Libertyville, Illinois.

Patrick yearly attended Marine Corp Reunions all over the United States. He was a member of Wildwood where he loved to play golf. He was also a member of the American Legion, VFW, and the AMVETS. Patrick liked to play pool, baseball, and lawn care with his nephew.

He was preceded in death by his parents and grandparents.

Patrick was a very generous and giving man and will be missed by his family and many friends.