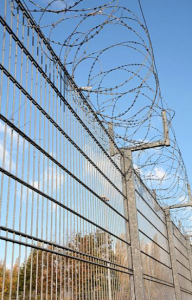 “Six more shanks were found in the shakedown following the stabbing at ISP. The shelving units identified as being used to make these weapons will remain in the cells of all but one housing unit. While the Warden at ISP gladly meets with the inmate council, the collective voice for offenders, she still refuses requests for meetings by Local union leadership.

“All across the state, conditions are worsening with no end in sight. Yesterday, a Correctional Officer at the Iowa Medical and Classification Center (IMCC) in Coralville was assaulted by an inmate with a homemade weapon.

Following the assault, the facility proceeded with a banquet for inmates. IMCC has also been hosting half marathons, cookouts, and auctions for inmate entertainment, and now provides Xbox 360s for rent or purchase.

“Last week, the Clarinda Correctional Facility had multiple race-fueled fights resulting in restricted movement. Correctional Officers there continue to find inmates under the influence of THC, K2, and “hooch” (homemade wine), though the latter is no longer a punishable offense. These officers are expected to control this free-for-all circus while the Administration cuts staffing levels.

One officer is now required to watch two units, just to save on overtime costs.

“I truly hoped that a Correctional Officer being stabbed five times with two ten-inch shanks would be reason enough for Kim Reynolds and the Department of Corrections to finally take this health and safety crisis seriously. We have offered time and time again to meet to discuss meaningful ways our correctional facilities could be improved, both for staff and inmate safety, but it has been made clear that this is not a priority of the DOC.”