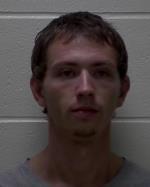 MASON CITY – Mason City police are dealing with thieves and vandals across the community, and today used a bait bike to bring an alleged crook to justice.

The Mason City Police Department conducted an operation today where a bicycle was left unattended in a public location while officers watched to see if anyone would attempt to steal the bike.

Two hours into the operation, shortly after 11:00 a.m., the bait bike was stolen. Officers moved in to apprehend the man riding the bike and he attempted to avoid arrest by riding away. After a short pursuit by officers on foot and in a vehicle the suspect was tackled and taken into custody.

Arrested was Joseph Angel Luna (27) of Mason City. Luna was charged with 4th degree theft, interference with official acts and possession of drug paraphernalia, he is currently being held at the Cerro Gordo County Jail.

The department will continue to utilize undercover activities such as this to identify and apprehend bike thieves.