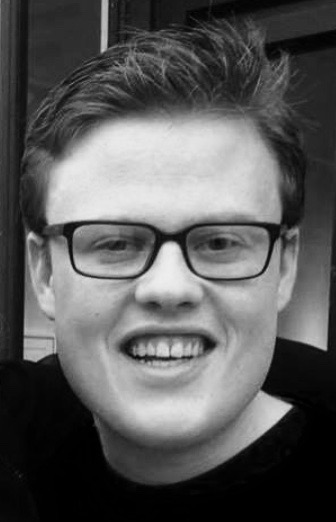 “I don’t think people want a new direction, our values unify us and our values are about supporting America’s working families.”

Those are the words of Democratic house minority leader Nancy Pelosi speaking on CBS’s ‘Face the Nation.’ Pelosi’s words seem to ring of confidence, but how can she be filled with so much confidence, when, while under her watch, Democrats have lost over 1,042 State and Federal Democratic posts since 2008; including major Governorships, Congressional, and State Legislative seats.

The question that should be on everybody’s mind… Especially in the minds of party leaders like Nancy Pelosi, is why? Why have people stopped turning out and voting for Democrats? What has allowed the Republicans to gain so many positions in so little time? Why are the people of this country, who when polled issue by issue, are shockingly more in line with leftist thought; are choosing to vote against their own interests and giving their support to the Republicans?

Is it possible this has been allowed to happen, because at every level, from local to national, the party refuses to accept change? The State of Iowa has historically been a Democratic state, but since 2008, that has changed. Starting with the loss of the Governorship in 2010, it extended well in to 2016 where, at the state level, Democrats lost the majority in the State Senate.

What more can be done? Why is this happening in our State? The local county party leaders must be working day and night to regain seats, right? They have to be seeking out young people, independents, and progressives, right? Sadly, they are doing the exact opposite. In Cerro Gordo, the county Democrats have a monthly meeting at the Village Court Family restaurant. These meetings consist of the same agenda each month, where the same people get up, give the same little speech; then pat each other on the back, and sit down. They boast about how much money they have raised for the party, or should I say how little money they’ve raised; as they are raising record low amounts of cash, because voters are disenfranchised with the party. They groan at what the Republicans are doing to this state, but what are they really doing to take them on?

This is just personal experience. I am just one member, giving an account of what I have witnessed, but I know many others who have seen this as well. A few months back, some friends and I, both young and old, people who you would consider “progressives” started to attend the monthly meetings. You would think the County Democratic Party Chair would be overwhelmed with joy. You might think the regular attendees would be relieved that finally more people are getting involved, especially young people. But let’s just say, that’s not the welcome we received.

So, what did happen when new people showed up? They were met with anger. Anger and bitterness. Instead of welcoming new people in, the county chair openly scoffed and rolled his eyes when questions were asked, and new ideas were offered. While this may just be my own personal experience, a more prominent member of the Iowa Democratic Party expressed concerns similar to my own, and as a result publicly resigned as a protest.

Laura Hubka was a young prominent leader in the Iowa Democratic Party, until earlier this month when she shocked other party officials by publicly resigning and sending out a letter expressing her concerns. Concerns exactly the same as my own: too much back patting going on while no seats are being won. The leaders inside the party are out of touch. They think moving left, becoming more progressive, will make it impossible to win back seats. Yet they fail to realize, it is not doing these things, that has led to massive losses.

Here is Laura in her own words:

We blamed “money” and “outside” sources. Everyone in leadership kept looking past the problem. The “party” was anything but a party. The power struggle within was getting bigger and bigger and we watched really good candidates get squashed out of the game because no one wanted to face the hard truth that America was changing. We say that the republicans want to “take us back” but the democrats don’t want to change either. They are not brave enough to try something different because “that won’t win races”. Well, were we winning? Maybe I missed that? No, we lost a RECORD number of seats. More than ever before. Still, we saw back slapping and old ways used over and over again. “Wink and nod”

Laura isn’t the only person in the Democratic leadership with these sentiments. In a conversation I had with Hawaii’s Congresswoman Tulsi Gabbard after her speech in Ames, Iowa; we discussed these issues. Tulsi was straight forward and blunt, she explained how when she first ran for public office, she was only 21 years old. Tulsi said the leaders of her local party told her not to run, that she was too young. They refused her a seat at the table. But she kept showing up, and she ran anyway, and she won. So my message to fellow young adults is this… Listen to Tulsi Gabbard. They may not want to give us a seat at the table, but it is not up to them. The people of this country decide who leads us, not the power structure of the Democratic Party. Don’t ask for a seat at the table, demand it.

So what is it Iowa? Are we just rabble rousers looking to cause trouble for the Democratic Party, giving our biased, unfounded opinions on the Democratic Party leadership… Or maybe, just maybe: something is seriously wrong at every level of leadership inside of the party? I guess that is up to the American people to decide. 2018 is going to be a decisive year for both the Democratic and Republican parties. If Republicans manage to keep winning state houses and Democrats keep losing them, the Republican Party will have the power to call for a Constitutional Convention, allowing them to alter the very fabric of our constitution.

So, I end this article by posing a simple but crucial question to the local and state Democratic party leadership: When are you going to wake up and realize that if you don’t do something now, if you don’t stop living in your bubble of corporate cash and wealthy donors, then you are going to hand over complete control of this country to the Republicans. You were elected to lead, so start doing it, and if you can’t, then it is time to step aside.

Tulsi Gabbard reference was literally a one on one conversation I had with her in Ames, Iowa.

Jonathan Wilder is a Democratic activist, seeking to enlighten, educate and motivate youthful and progressive American voters to the cause. Jonathan is 23 years old, lives in Mason City and has volunteered and worked on political campaigns, most recently the Presidential campaign of Bernie Sanders.