CHARLES CITY – A wanted Chicago man was snared by Charles City police in recent days, and sent away to face drug charges.

On July 15 at about 1:43 PM, officers with the Charles City police department encountered 19-year-old Vernell J. Smith of Chicao, Illinois at the 2100 block of Clarkview Drive, near the low-income Morningside Apartments. After an investigation, officers arrested Smith on warrants out of Scott county, Iowa for possession of marijuana and illegal use of a credit card under $1,000.

Smith was taken to the Floyd county jail, booked and then transferred to the Scott county, Iowa jail, where he now awaits a hearing set for August 10. 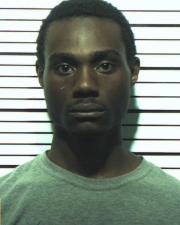