Minnesota man accused of death threat with a gun in Osage

OSAGE – A Minnesota man is awaiting trial after he allegedly showed up at an Osage dwelling with a gun and threatened to kill someone.

On July 10, 2017 at about 1 AM, Osage police were called to 1220 Main Street. At this location, they encountered 25-year-old Bryce Steven Zahradnik, who police say lives in Rose Creek, Minnesota. KCHA radio reports that Zahradnik was armed with a gun and made a threat to kill someone. As a result, Zahradnik was arrested on a charge of intimidation with a dangerous weapon – a felony.

Zahradnik was taken to the Mitchell county jail. He later posted bond and hired Mason City attorney Joel Yunek to represent him in this case. A written plea of not guilty was filed on July 14, and he now awaits a September 20 trial and a pre-trial conference on September 5. 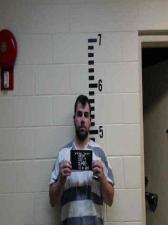