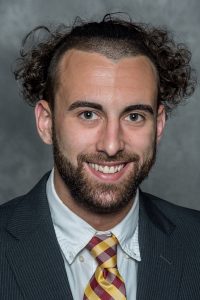 AMES – Iowa State junior quarterback Jacob Park has been named to the 2017 Maxwell Award watch list, announced today by the Maxwell Football Club.
The Maxwell Award is given annually to the nation’s best football player and is in honor of Robert “Tiny” Maxwell, who made significant contributions to college football as a player, sportswriter and official.


A native of Charleston, S.C., Park posted prolific passing numbers after taking over signal-calling duties for the Cyclones late in the 2016 season.

Park ended the year with 1,791 passing yards, 12 touchdown tosses while completing 58.8 percent of his passes, the ninth-best single-season clip in school history.

Park threw for 371 yards in the season-finale vs. West Virginia, tying for the eighth-best single-game effort in school history.