CHARLES CITY – A Charles City man was fined after a criminal mischief incident.

On July 4, the Charles City police department arrested 22-year-old Jacquon Matthews of Charles City in the 2100 block if Clarkview Drive on a charge of fifth-degree criminal mischief. He was taken to jail.

The next day, Matthews pled guilty to that charge, and was ordered to pay $247.75 in fines and court fees; he was put on a payment plan by the court. 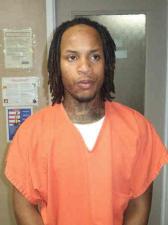