This news story was published on May 17, 2017.
Advertise on NIT • Subscribe to NIT

SPENCER – A Northern Iowa pastor who made sexual advances toward boys has been sent to prison for up to 5 years.

The investigation was conducted in coordination with the Spencer Police Department, Clay County Attorney’s Office and the Iowa Department of Public Safety’s (DPS) Division of Criminal Investigation (DCI). Through interviews of witnesses and Mr. Grimes, it was discovered that Mr. Grimes was providing counseling services for several people. From 2012 to 2016, Grimes engaged in a pattern, practice or scheme of conduct to engage in sexual conduct with three emotionally dependent clients for the purpose of arousing or satisfying the sexual desires of the counselor. Grimes became a friend and counselor to the three individuals with whom he developed sexual arousals stemming from his work as a counselor. Grimes followed a pattern of grooming the three individuals by initiating jokes and conversations which were sexual in nature, providing photographs that were sexual in nature to two individuals, and engaging in touching of one victim’s waistline, upper thigh, and buttocks. Additionally, Grimes engaged in two separate sex acts with one victim in or about September of 2015 and December 2015. 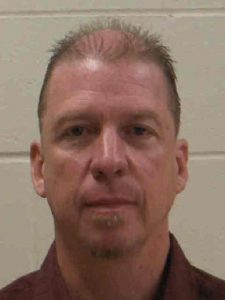