MASON CITY – An allegedly intoxicated Mason City woman who was convicted of drunk driving twice this year was taken to jail Monday afternoon as she appeared in court.

Cerro Gordo county deputies were alerted to a female subject possibly intoxicated as she appeared for a court hearing in Mason City. As a result, Belinda Lynn Cowell, age 34, was arrested for public intoxication and taken to jail.

Cowell was driving at least 21 miles per hour over the speed limit in a 55 mile per hour zone in Clear Lake back on March 4, 2016. Cowell, who has a suspended driver’s license, had at least one child in her car as she was pulled over. As the Clear Lake police investigated during the traffic stop, Cowell was found to be intoxicated and arrested. She was charged with second offense operating while intoxicated, speeding, child endangerment, driving under suspension, and failure to secure a child. She was later found guilty of second-offense operating while intoxicated and child endangerment as the other charges were dismissed. She was given a suspended 2 year prison sentence, 7 days in jail, 2 years of probation and ordered to pay $2,785.25 in fines and court fees.

Cowell was caught drunk driving last August (2015) by Nashua, Iowa police. She pleaded guilty after numerous court delays this January and lost her license to drive. She was also ordered to pay $1,797.50 in fines and court fees and was given a 60 day jail sentence, with 58 days suspended. 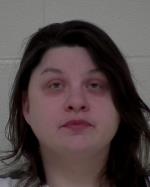