MASON CITY – A man who police say brutally beat and killed a kitten has been sentenced to jail and given a fine.

Jerrick Simon Rinnels, age 28, was wanted on a charge of aggravated misdemeanor animal abuse for an incident that allegedly took place on May 27, 2016. Police say Rinnels allegedly grabbed a kitten from a person and slammed the kitten against a solid object and threw it against a wall. Police were called but Rinnels fled before officers arrived. The kitten died a short time later before it could be transported to a veterinarian.

Rinnels was located and arrested by Mason City police a few days later on an arrest warrant.

In a plea deal this month, Rinnels is guilty of the lesser charge of animal neglect causing death or serious injury. Judge Karen Salic sentenced Rinnels 65 days in jail and ordered him to pay $645.25 in fines and court fees.

In an un-related matter, Rinnels was sentenced to 14 days in jail for driving while barred. 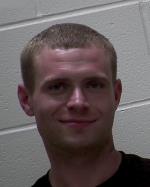