MASON CITY – Congressman Steve King was recently in Mason City touring the local airport, with area Republicans and employees with the North Iowa Corridor along for the ride.

King said after the tour “It was great meeting with Mason City, Clear Lake and Cerro Gordo County officials to tour the Mason City Municipal Airport last week. Thank you for taking the time to discuss airport and community issues with me.”

King shared a photo that was taken as part of the tour.  In the photo are officials with the North Iowa Corridor and paid employees with that agency, along with other Republicans like Barb Hovland, who is challenging Sharon Steckman for an Iowa House Seat.  One of the Corridor employees pictured with King is Hunter Callahan, the wife of Republican Cerro Gordo Supervisor Casey Callahan, who also went on the tour and posed for the photo.  The two Democratic supervisors, Jay Urdahl and Phil Dougherty, apparently did not attend.

The county gives $50,000 to the Corridor each year, by last count.  Some have grumbled that Callanan’s voting to fund the North Iowa Corridor is an obvious conflict of interest, since his wife actually works there.  Callanan has never weighed in on this possible conflict of interest.  He, along with the North Iowa Corridor, openly supported the Prestage hog slaughterhouse that failed in Mason City.

One elected North Iowa official recently told NIT “how can a man that lives on the south edge of Clear Lake take this position, when so many Clear Lake area residents and others in his district openly opposed it?” 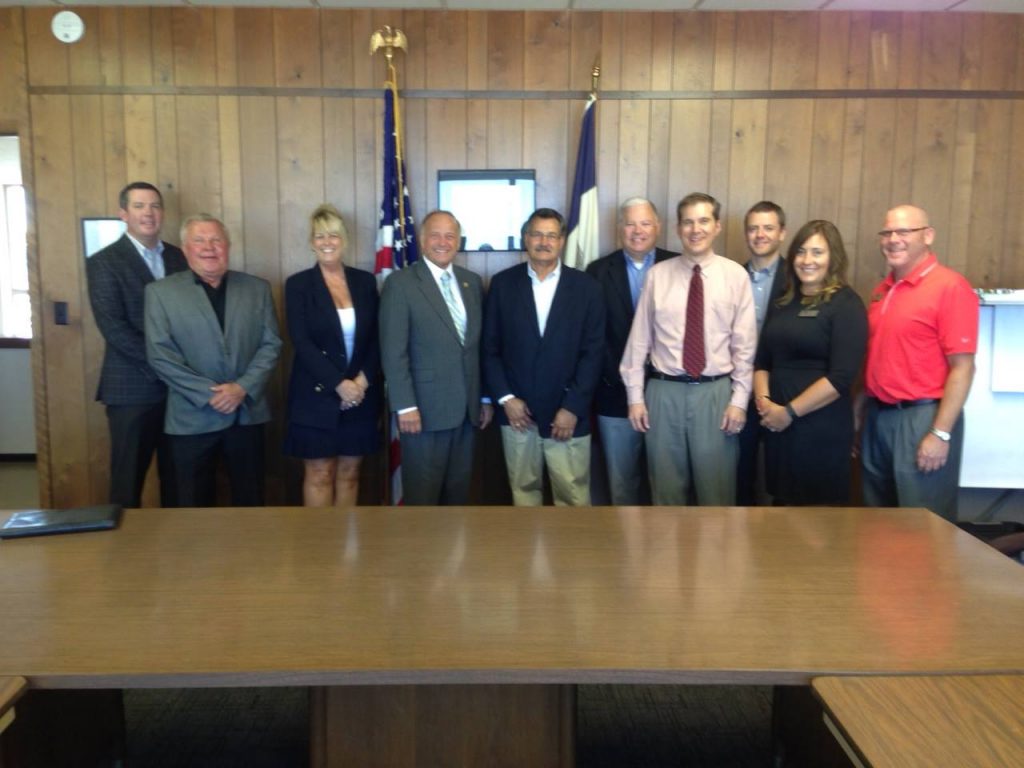 Steve King (fourth from left) stands with local Republicans and officials and employees with the North Iowa Corridor.  At far left is Supervisor Callanan and second from the right is his wife, Corridor employee Hunter Callanan.