MASON CITY – A man formerly of Rockwell with a number of arrests there has moved on to Mason City and was taken to jail Sunday night after a disturbance.

Mason City police responded to the disturbance at 116 1/2 9th Street NW Sunday night, August 7 around 7:13. At the scene, officers discovered that Johnny Lee Williams, age 57, was involved in a dispute with another person. After an investigation, Williams was arrested on a charge of illegal drug possession and taken to jail. He was held on $1,000 bond and soon released.

Williams is no stranger to North Iowa law enforcement. A theft and disturbance was reported to police on January 12, 2016 at about 10:00 PM in Rockwell, and Chief Richard Whitney and a Cerro Gordo deputy responded to 503 3rd Street South, apartment 1. After an investigation, Williams was arrested and charged with public intoxication and fifth-degree theft. He later pleaded guilty to the theft charge while the public intox charge was dismissed. He was ordered to pay $575.94 in fines and court fees.

In June, Williams was charged with felony third-degree burglary by Rockwell police. He has been appointed a public defender and entered a not-guilty plea. He awaits a September 20 jury trial in that case. 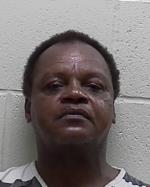