Paul Adams announces he is a candidate for city council

MASON CITY – Paul Adams has announced he is a candidate for city council.

Mr. Adams made his announcement Wednesday morning via a press release: 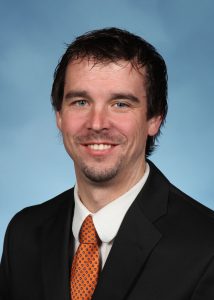 I am announcing my candidacy for the vacant At Large City Council position in the City of Mason City.

I am a 2002 graduate of Rockwell-Swaledale High School and a 2004 graduate of NIACC. I then attended the University of Iowa and studied Economics and Political Science. I spent my first 9 years after college working for Hy-Vee, Inc. in management. In May of 2014, I left Hy-Vee to take a position with Principal Financial in Mason City where I am currently a Sr. Client Service Associate.

My wife, Emily Adams, was born and raised in Mason City. She is currently employed as the Office Manager at the Dental Center of North Iowa in Mason City.

We have 2 sons, ages 5 and 2. We chose to move back to Mason City when our oldest son was 1 because we wanted our kids to grow up in the same area we were both raised. I know Mason City has a lot to offer and am pursuing the vacant seat on the city council because I believe in this city and want to help ensure that my kids’ generation and beyond have the opportunity and motivation to raise a family in Mason City like my wife and I decided to do.