CHARLES CITY – A Charles City man has been arrested a second time for drunk driving.

The incident took place August 1, 2016 at about 2:38 AM, when a Charles City police officer spotted what appeared to be a careless driver at the intersection of North Joslin Street and Riverside Drive.

The officer conducted a traffic stop and as a result of the ensuing investigation, arrested 22-year-old Tyler Salinas of Charles City on charges of careless driving and second-offense operating while intoxicated.

Salinas was jailed and soon entered a guilty plea to the charge of careless driving. He was ordered to pay $107.25 in fines and court fees. Salinas was appointed a public defender and released from jail, pending a hearing on August 15. 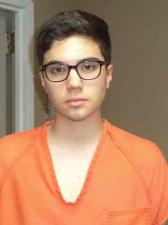