CHARLES CITY – A Charles City woman who pled guilty in a meth case earlier this year was arrested again.

On January 1, 2016 at about 9:38 PM, the charles city police department arrested Crystal Vanbrocklin, age 38 of Charles City in the 1100 block of Kelly Street on a Floyd county warrant connected to an undisclosed case. She was jailed briefly and set free.

Vanbrocklin illegally possessed the dangerous drug methamphetamine in October of 2014 and pled guilty in September of 2015, court records show. She received a deferred judgement, was fined $603.00 and placed on “self probation” for one year. 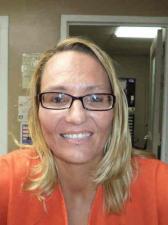